RIP Negative Gearing for the Mum and Dad investors

Speculation is rife at present about the future of negative gearing on rental investment properties. The media reports of Malcolm Turnbull and Scott Morrison looking at ways to reap the benefits of a buoyant property market to make up shortfalls and finance government spending these ways consist of;

Scott Morrison has in the past shown a liking for tax breaks in property investing and has previously stated that negative gearing is an important concession which helps to ease the shortage of rental accommodation. He recently announced the establishment of an Affordable Housing Implementation Taskforce (AHIT) which will work on plans for an affordable housing bond aggregator with the support and backing of both the state and commonwealth government. 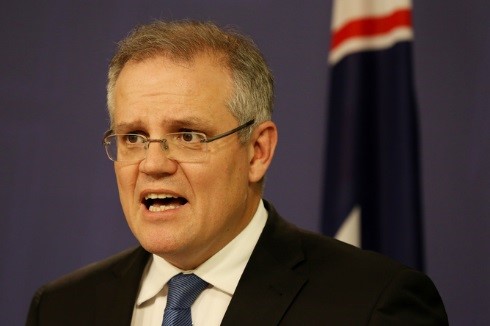 It’s important to note that local and state government taxes add more than 40% to each new housing project and if the government were serious about housing affordability it would look at cutting these costs and not blaming the foreign property investors. Although new figures released this week have shown that foreign buyers accounted for 1 in 10 home sales in NSW over a 3 month period between July and September 2016.

A government official stated that Australia has very tight rules and regulations regarding investment in Australia by foreign individuals and would not rule out a more robust screening service due to the illegality of some of these purchases.

Years ago, most new housing developments had only the simplest of infrastructure. Sealed roads, electrical power and sewerage with the common green or small parkland. These were usually provided and paid for out of general rates and taxation revenue.

Today, infrastructure charges are placed on the developer. Requests over the years by local councils to developers have made many development projects financially unfeasible.  Requests have been for shopping precincts, libraries, bus and rail terminals which is ultimately passed on and borne by the end user the mums and dads.

Over the past 25 years of growth in South East Qld, Brisbane has seen the city more than triple in size and yet no major infrastructure has been undertaken by the State government, that means no new power station, sewerage works or major highways, with most projects being provided by the private sector.

What is negative gearing?

Negative gearing refers to the borrowing of funds to pay for a rental property which the owner rents out. When the rental income is less than the cost of the interest paid on the property and expenses associated with keeping it, the investment is “negatively geared”. Negatively geared property can offer immediate tax benefits while also offering capital growth over time (hopefully). For these reasons, negative gearing tends to be adopted as a financial strategy by property investors or people building a rental property portfolio.

The ATO allows investors to offset any losses they incur on a rental property against another form of income. An income loss is where the property costs are higher than the rental income from the property.