It was obvious to any Melbourne tax depreciation specialist that Bill Shorten’s biggest mistake was his announcement that he was going to wipe out negative gearing, tax depreciation on investment property. A big mistake say most of his avid supporters, “its a well known fact in the labor rank and file that his announced changes to negative gearing in property probably was the catalyst that lost him the election”. We have hopefully learnt by our mistakes and that was a biggie said Eliz Haughey a hard roots labor supporter, we won’t go near that again as it was a created a huge supporter backlash with mums and dads working to improve their retirement with a small investment property portfolio. 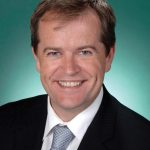